I am ashamed to admit that I only just discovered the mountain bike trails in the Brown County State Park near Nashville, Indiana a few weeks ago. Sure I had hiked dozens of times on every walking trail winding throughout the park…but somehow I did not realize that the bike trails had national acclaim.

Being that Brown County is essentially in my backyard, one would think I should know that Bike magazine ranked this bike trail as one of the top 33 in North America and as the runner-up in the “Best Trail Network” category. I quickly saw the evidence of this when I pulled into the parking lot near the trailhead closest to the North Gate entrance- cars and trucks with license plates from all over the country filled the lot. 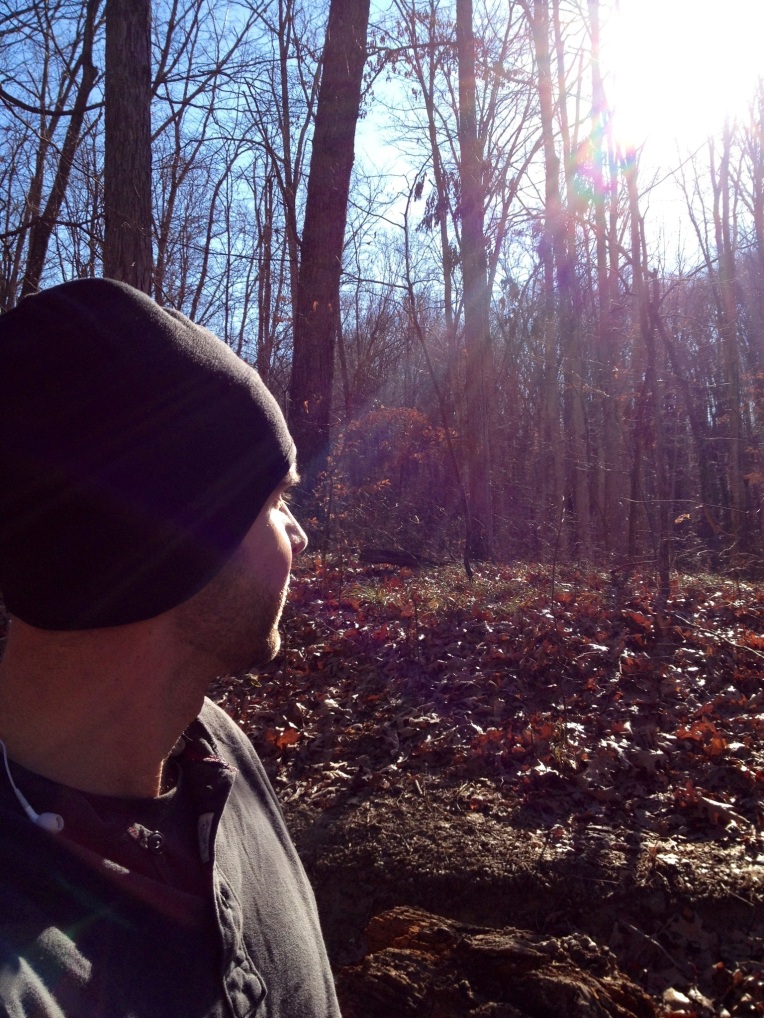 I have to admit being a bit nervous. Even though I have had a mountain bike for close to fifteen years, I am more comfortable with hiking the trails than riding them. As a Brown County bike trail rookie… I wasn’t sure which trailhead to enter as there were two from which to choose. I watched what others where doing and they were entering both trailheads so I just went for it.

My adventure started off with the beginner trail known as Pine loop. Although quite easy it was a blast! The trail was really well maintained and did not have many roots or obstacles. Even with this beginner trail there was some weaving between trees, switchbacks, and bridges to go over. Kids 10 and older would really have a good time on this beginner loop.

The scenery for a mid-autumn morning was just stunning. It was a cool and crisp morning with significant foliage. The temperature at 10 am was just below 40 degrees Fahrenheit but it would soon warm up to about 50 at noon.

It wasn’t long before I connected to the North Tower Loop, Aynes Loop, and Hesitation Point. The first two were regarded as Intermediate Trails with Hesitation considered Advanced. I was really captivated by how remote I was within the park. There wasn’t anything around me except trail and trees (and the occasional biker). The terrain was varied and diversified: from berms to more significant switchbacks uphill and downhill and then from rock gardens to creeks. There was something special about being so lost and so secluded in this place of such natural beauty.  This is the kind of day in which Brown County really shines and ingratiates all who visit.

I only had one mishap on my 20 mile ride when I went around a bend on North Tower Loop and hit the brakes too hard…making my bike slip out from under me on the damp leaves. I cut my finger (which looked worse than it really was) and bruised up my inner thigh. I promptly dusted off and got back on my horse.

There were some really cool spots on the advanced trails- like an old shack and some stone structures. That definitely made for a surprising and intriguing ride through the valleys. But be careful when you start climbing again because the roots on these trails are serious in some spots. In fact, I even got off my bike to walk over them a couple of times to avoid another catastrophe. Remember, I am just a rookie!

I will be back to these trails sooner rather than later. My only suggestion is to study the maps a bit in order to know where to go…but otherwise this was a real gem to find so close to home. Let me know if you have ever been on these trails or if you plan to go in the future, I would love to hear your thoughts.

Re: Stacks by Bon Iver