The weather forecast for this weekend looked to be incredible so I suggested that our family (minus Will this time) canoe a 7-mile stretch of the Driftwood River just north of Columbus, Indiana.

This was our first canoeing trip as a family…and the first time canoeing for Jenny, Anna, and Caroline. I was curious to see how they would do but I also knew that this section of the Driftwood River would be easy on beginners without many obstacles.

We rented our canoes from Blue’s Canoes Livery and they were incredibly easy to work with. They soon shuttled us just north of Taylorsville and we would launch from the Atterbury Boat Ramp. It was a cool, crisp morning with blue skies and large, puffy cumulus clouds overhead. This was definitely the kind of day you want to be on the water- low humidity and a high of 72 degrees.

Despite our proximity being less than a mile from US Highway 31 you would never know that you were that close to any sort of civilization. We could have just as easily been canoeing in the Ozarks… being that we were so remote and the river brought plenty of surprises- dozens of nice banks, trees growing out over the river, ducks, snakes, strange looking birds, freshwater mussel shells on the bank, etc. It really caught me by surprise because I really didn’t expect our voyage to be very primitive or exciting… but it really was. 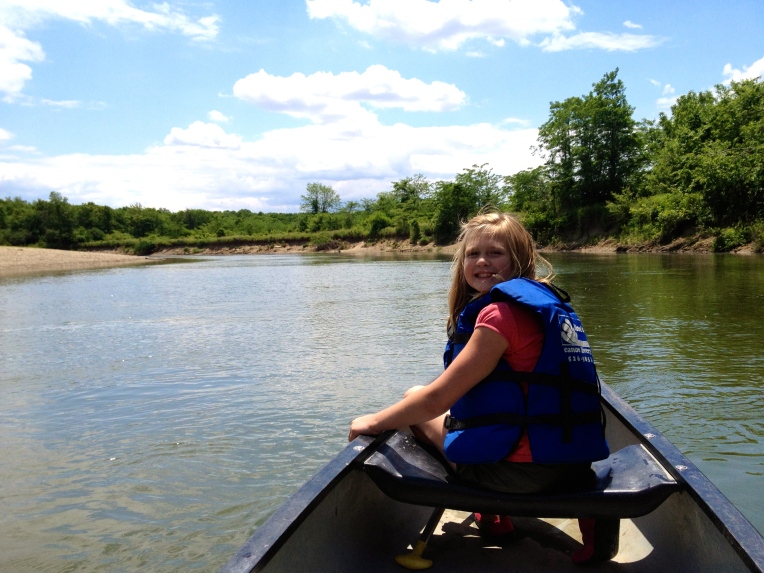 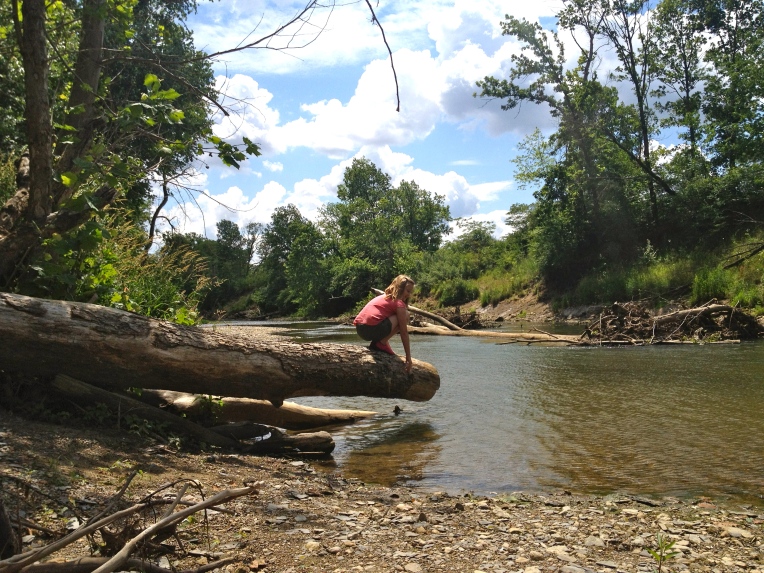 The river was relatively low. There were only a few spots where we had to push to get through the rocks, but it was minimal and hardly a hindrance. For the most part, the depth was anywhere from a couple of feet to at least 6-8 feet. There is no doubt that a lack of rain over the last month was a huge contributor to the shallow water but, once again, it wasn’t a big deal at all. In terms of rapids, there were about a dozen areas that would be considered small/insignificant rapids. I will say, however, if you are a beginner you could very easily get tipped without some basic understanding of paddling and positioning your canoe. We were fortunate that everyone put their skills into action and avoided any wipeouts.

We stopped on both rock and sand banks to have lunch or to just take a break. The girls had an absolute blast finding freshwater mussel shells, of which they kept, brought home, and cleaned up as souvenirs. 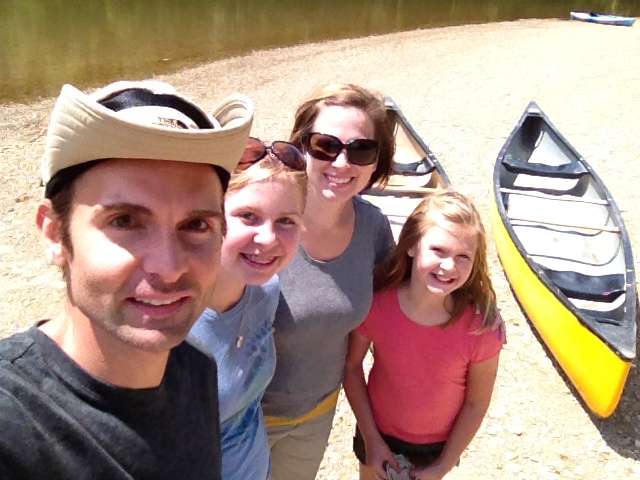 If you live in South-Central Indiana and are looking for a 7, 9, or 2-day canoeing adventure I would highly recommend Blue’s Canoes Livery. They make the experience very simple with no confusion. Driftwood River is fantastic for beginner or intermediate canoers or kayakers and/or anyone who wants a leisurely trip on the river with minimal effort. While this is far from a Colorado River experience, it is a great and accessible place to get lost in nature for a bit. I am hoping that our next canoeing trip on the Driftwood will be the two-day overnight camping on a sand beach. I will keep you posted!